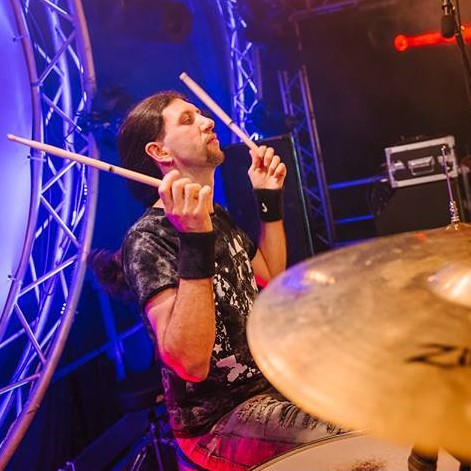 Since 2011 he is a drum teacher at the Music School of the "Corpo Bandistico San Gottardo" in Calcio (BG).

He began playing at age 5 and since 1994 he sits behind the drums for various cover bands with different styles and genres as well as unpublished music projects.

He is currently drummer in: